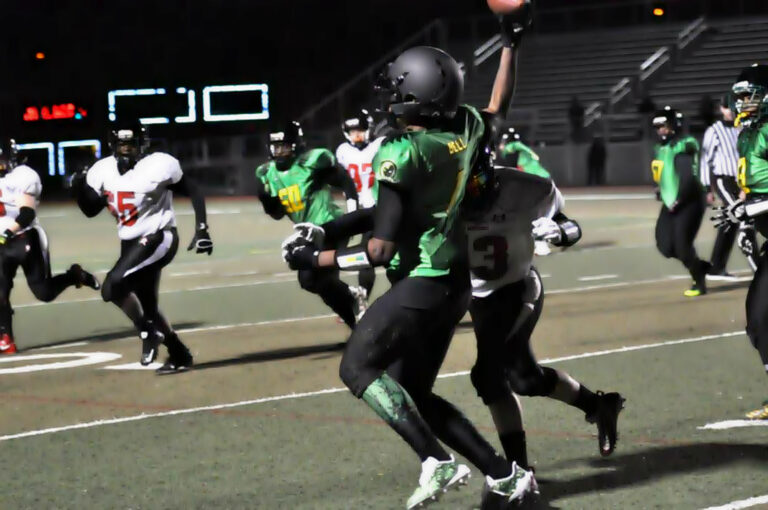 The game went scoreless through the first quarter while the teams got reacquainted with each other. On their second drive of the game, the Renegades were able to advance to the opponent’s 35 yard line, but failed to convert on a 4th down when Philadelphia defensive end Kia Ivery picked up the Phantomz’s only sack of the game.

Early in the second quarter, Zelee finished off an 80-yard drive to break the stalemate. On the ensuing kickoff, Boston’s onside kick attempt went out of bounds leaving Philadelphia with good field position at their 48 yard line. That disadvantage was quickly erased by linebacker Allie Genereux #52 who dropped back into coverage and intercepted a pass intended for Philly’s Tee Creech.

Genereux, a veteran player in her first season with Boston, returned the interception 41 yards, setting up the Renegade offense with a 1st and goal. While Boston was unable to put points on the board, they established good position at midfield having forced the Phantomz to punt. From there it only took four plays, capped a 34-yard touchdown strike to Adrienne Smith, to put the Renegades up by two scores. Boston took a 14-0 lead into the locker room at halftime.

Boston’s Myrna Tangar #65 recovered an onside kick to start the third quarter. The Renegades run game took over with Zelee and Stacey Tiamfook #28 taking handoffs until Tiamfook hit paydirt on a 25-yard scamper.

Philly’s offense was quickly pressed into a 3rd and long situation. On the play, Phantomz quarterback Satoria Bell was flushed out of the pocket by defensive end Erin Diette #30. Bell rolled left while directing her target Creech to go long. Bell delivered the pass and Creech took it 56 yards to the house for their only score of the game. A two-point conversion attempt was stopped.

After a Renegades drive stalled, Philadelphia had a chance to narrow the lead to a single score. But Boston’s defense came calling once more. Diette again forced the quarterback to roll left from the pocket. This time Bell was hit by linebacker Deanna Walsh #53 as she was throwing the ball. The pass fell well short of the intended receiver Creech and into the arms of Jessica Penta for an interception.

On Philadelphia’s next possession, Penta grabbed her second interception of the night on a nearly identical play. Cornerback Marcia Beatty #14 pulled down an interception of her own on Philly’s next drive, making four total picks for the Renegades defense.

Boston’s offense scored three more times in the final frame to seal the victory. Smith and Zelee both added their second touchdowns of the night, and tight end Kathryn Tylander #15 caught a touchdown pass to cap the score at 41.

The Renegades travel in two weeks to Springfield, Va., to take on the reigning league champions at Robert E. Lee High School on April 22. 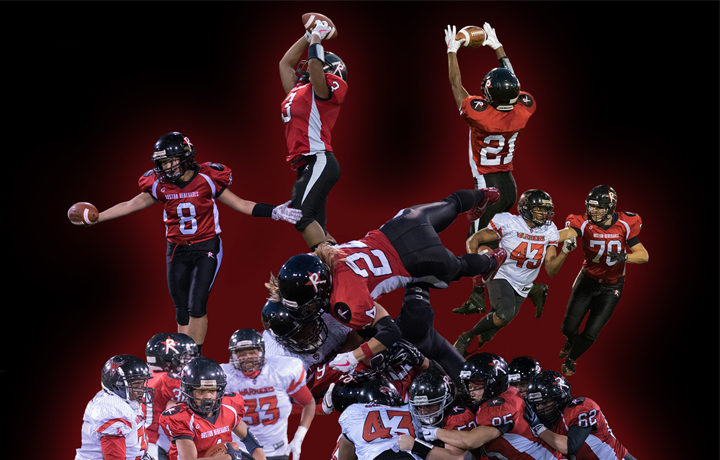