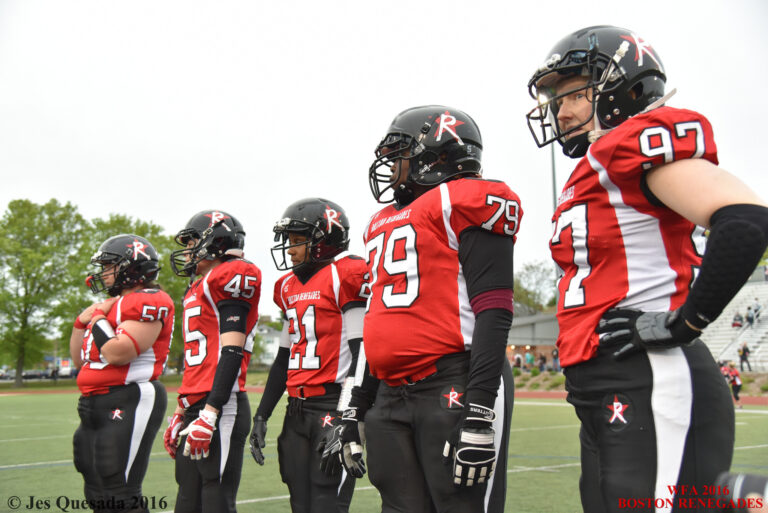 BOSTON — On May 6, 2017, the Boston Renegades women’s tackle football team will sponsor a sock drive to benefit Pine Street Inn, a local organization that shelters homeless individuals and assists them in finding and retaining permanent housing.

The sock drive coincides with the team’s football game at Catholic Memorial School’s O’Connor Stadium at 6 p.m. The Renegades will square off against longtime rivals, the D.C. Divas.

“We will be collecting new adult men’s and women’s white tube socks, in all sizes, which will be provided to our guests,” said Patrick Likely, a volunteer coordinator for Pine Street Inn.

“Everyone who donates new socks in their original packaging will be entered to win a special prize during our halftime raffle,” added Brooke Goodman, a team captain and lead organizer of the sock drive. “Our fans are so supportive; we look forward to seeing a strong response from them, and hopefully from new fans too.”

Boston City Councilors Tim McCarthy and Josh Zakim will be in attendance to support the sock drive and preside over the game’s opening coin toss.

ABOUT THE BOSTON RENEGADES: The Boston Renegades are a full contact, semi professional women’s football team, competing in the Women’s Football Alliance (WFA), the premier league for women’s football in the United States. For more information: bostonrenegadesfootball.com

ABOUT PINE STREET INN: Pine Street Inn is a 501(c) 3 non-profit organization that advocates for collaborative solutions to end homelessness while partnering with homeless and formerly homeless individuals to find and retain housing. For more information: pinestreetinn.org