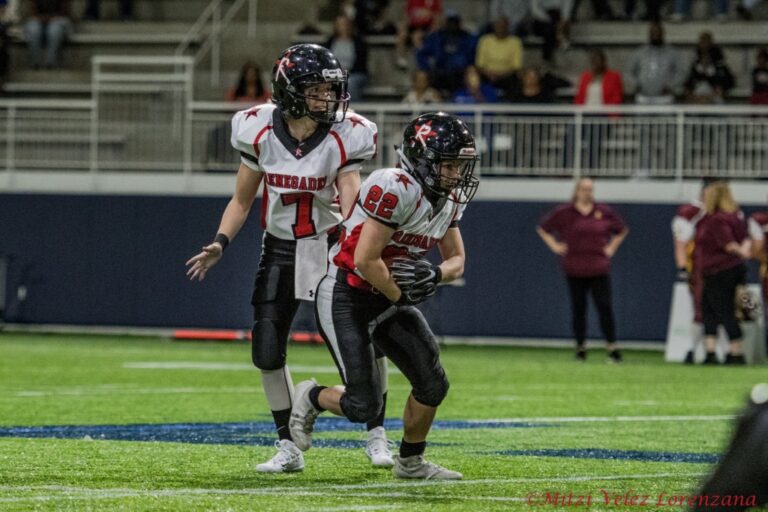 BOSTON — July 2, 2019 — The Boston Renegades (9-0) are heading to the Women’s Football Alliance (WFA) National Championship for a third consecutive year after a dominating performance against the D.C. Divas on June 29th in Revere, MA. Facing their rivals for the third time this season, the Renegades took a commanding and early lead against D.C., and never let up on their way to a 66-20 victory.

A major key to the success was Ruth Matta (RB #22), who joined the Renegades this season from UK’s Birmingham Lions. The running back has been an explosive component to the Renegades’ offense, rushing for 842 yards on 77 carries, but knows that her season is far from over.

“It’s been an incredible journey so far and to have made it to the championship final is yet another great achievement. So much work has gone into this team to get us where we are now and these things just don’t happen by chance. Now it’s time to finish the job and play like we know we can,” says Matta.

Defensively, the Renegades have benefited greatly from both veteran leadership and a strong group of new players. Captain Allie Genereux (LB #52) has continued to be a menace to quarterbacks with a team-high 7 sacks on the season. Shantia Creech (S #5), who is playing her first year with the Renegades after three years with the Philadelphia Phantomz, has 12 interceptions on the year, returning 5 for touchdowns. Both Genereux and Creech are 2019 First Team All-Americans alongside teammates Angelica Pascual (RB #1), Allison Cahill (QB #7), Ruth Matta (RB #22), Danielle Fournier (DE #70), Hillary Crook (OT #75), Ash Beckham (C #80), and Emily Beinecke (WR #87). Sarah Tully (K #11) was named a Second Team All-American for her breakout year as the team’s primary kicker, adding to her already strong résumé as a key wide receiver.

The National Championship will be held on July 13th at the Colorado School of Mines in Golden, Colorado, and will be broadcast on ESPN3. Boston will face off against the 3rd-ranked Cali War (8-0). The game will be a rematch of the 2018 National Championship, which Boston won 42-18.

Operating as the Los Angeles Warriors last season, the Cali War have rebranded and have added key weapons to improve their team. Led by Chantel Niino-Wiggins (QB #8), who has thrown for 1835 yards with a 60.7% completion percentage, the War have averaged 47.1 points per game with a stifling 4.4 points allowed on the season. Comparatively, the Renegades have averaged 61.2 points per game and allowed 13 with two additional games played. In addition to Niino-Wiggins, Destanie Yarbrough (RB #6) has been a powerhouse for War, utilizing her athletic skill as an MMA fighter to pick up 632 yards on 72 carries.