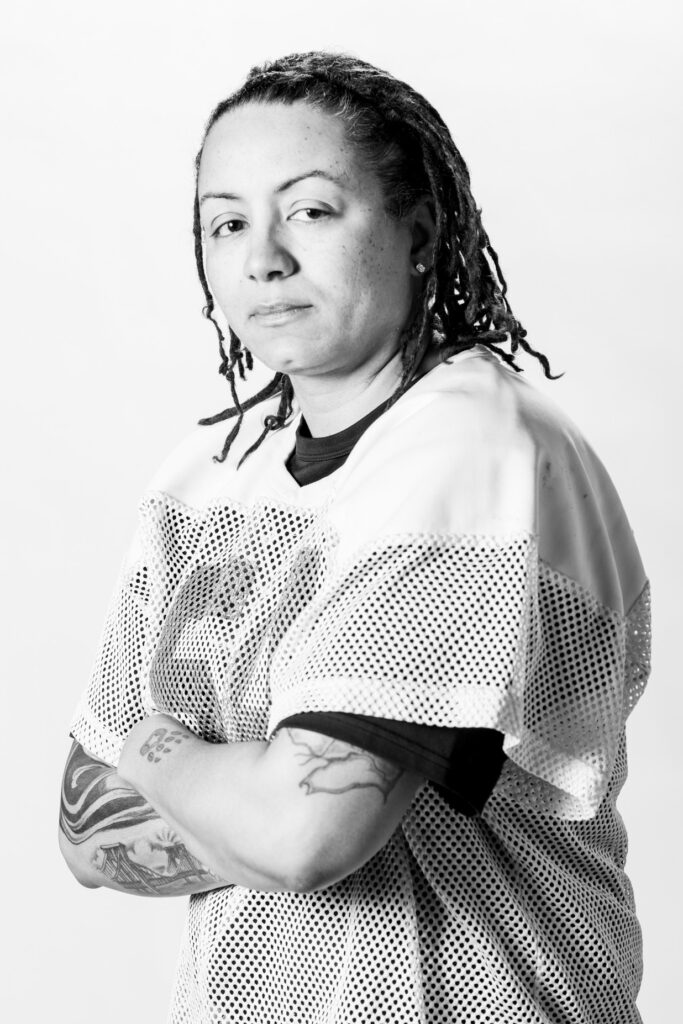 Jessica “J.C.” Cabrera is one of Boston Women’s Football’s longest tenured players. She started her football career in 2001 with the New England Storm. She joined the Bay State Warriors in 2002 and played with the team for the entirety of its existence. As a member of the Boston Militia, Cabrera won back-to-back league titles in 2010 and 2011. She claims a share of the 2010 IWFL World Championship Game Most Valuable Player award which was presented to the entire Militia defense.

Following a recuperative year in 2014, J.C. returned to the gridiron as an original member of the Boston Renegades in 2015. A stalwart defensive end for most of her football career, Cabrera earned an all-star nod in 2015 when she stepped in to fill a vacancy at offensive tackle for the Renegades. She became a member of Boston Women’s Football’s 100 Club on May 5, 2017 when the Renegades defeated the Montreal Blitz 54-19. After another championship-winning season in 2018, Cabrera continued on with the Renegades as an Assistant Coach in 2019.

Every bit as important as her leadership on the playing field was her leadership in the locker room. Perhaps more than any other player, Cabrera established the traditional and ritual culture of Boston Women’s Football, and instilled that culture in her teammates. J.C. gave voice to the heart and soul of the team in her pregame motivational speeches and postgame victory celebrations. The film Born To Play documents one of Cabrera’s pregame speeches in its opening scene.

While at Emmanuel College, Cabrera was a standout on the women’s basketball team. A team captain, she led the school to multiple Great Northeast Athletic Conference titles and back-to-back NCAA Division III Tournament berths in 1996 and 1997. Jessica is Emmanuel’s 5th career scoring leader with more than 1,400 points and one of the program’s all-time top rebounders.

Cabrera was also a team captain at John Jay High School in her native Brooklyn, N.Y. She was three-time all-city selection, and still ranks among the top-20 career scorers in New York State girls’ basketball.

J.C.’s drive to succeed in sports is sparked by the challenges she faced as a youth. “I had no stability growing up” explained Cabrera in an article in the American Spectator by Daniel J Flynn. “I bounced from living with one aunt to another aunt. Family for me did not consist of mom and dad.” She regards sports as the passion that saved her life. “I would be in Brooklyn right now probably lost or even on the other side of the law [without athletics],” Cabrera said.  “Sports were the key to my success.” She became the first in her family to graduate college.

Cabrera is a lieutenant in the Suffolk County Sheriff’s Department.