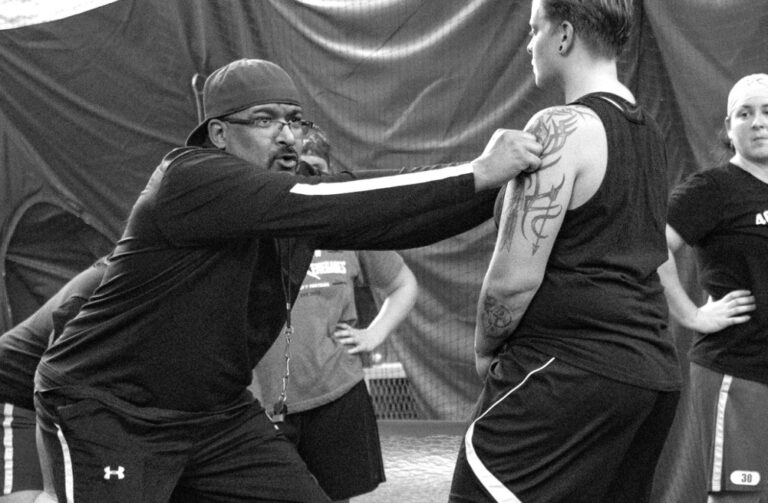 Out-of-the-ordinary start to season for the Renegades

TAMPA – The Boston Renegades will begin the 2019 women’s tackle football season with a road game against the Tampa Bay Inferno. The two franchises have never met, and only once before have women’s football teams from these cities played each other, making this an out-of-the-ordinary matchup.

It was 2001 when the New England Storm hosted the Tampa Tempest at Hormel Stadium in Medford, Mass., for a Women’s Professional Football League (WPFL) regular season contest. Quarterback Kim Shaw of the Inferno is the only player on both squads to have played in that game, then a member of the Tempest. The stalwart Tampa Bay veteran will be looking for payback. New England claimed the victory 41-0.

The Tampa and Boston squads play now in the Women’s Football Alliance (WFA), the nation’s largest football league for women. Since 2010, the Inferno has compiled a 53-19 regular season record with five playoff berths, including two bowl game appearances. The Renegades are a perennial playoff contender and the reigning national champion.

Despite competing in the same conference between 2011 and 2015, the teams’ paths never crossed. A restructuring in 2016 placed Boston and Tampa Bay in different tiers, so a playoff matchup is no longer possible. Which makes this regular season matchup special, according to Amanda Alpert of the Renegades.

“We don’t often get to play different teams, so it is nice to be able to play a new, strong team,” said the fifteen-year veteran. “The first game of the season is always exciting no matter who we play. We finally get to see the rookies in action and how we have come together as a unit. But to play a team we haven’t faced before — that adds an extra level of excitement.”

For Renegades Head Coach John Johnson, the Inferno presents a befitting challenge to the defense of their league title. “They have a good coaching staff and their organization is run well. They are a big, physical, tough team and they have explosive playmaking abilities. They are a perennial playoff team that is built the right way. We are going to approach them like they are a national championship team.”

The Inferno will host tomorrow’s game at Strawberry Crest High School in Dover, Fla., at 7 p.m.