BOSTON – July 21, 2017 – Eleven players from the Boston Renegades have been recognized as All-Americans by the Women’s Football Alliance (WFA). WFA Director of Operations Lisa King announced the complete All-American team rosters for the league’s two conferences on June 8 in Visalia, Calif.

The players have been invited to represent the league’s National Conference at the WFA All-American Game on Saturday, July 22, 2017 at Highmark Stadium in Pittsburgh, Pennsylvania. They will not appear in the game as the Boston Renegades will play that evening in the WBowl, the league’s national championship game. 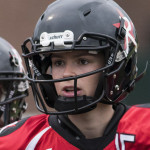 Beinecke has continued her high level of play following a breakout 2016 season, collecting 6 touchdowns and over 500 yards on 49 receptions thus far. This is her second All-American selection in three seasons. 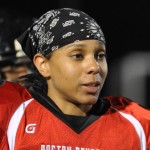 Earning her sixth all-star selection in seven seasons, it may be Bonds‘ versatility that makes her so valuable to the Renegades. She plays safety, cornerback, and linebacker on defense, receiver, halfback, and quarterback on offense, in addition to returning kicks. 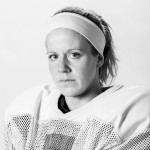 Cahill has passed for over 1,600 yards and 18 touchdowns with a 62% completion rate so far this season. Still the only women’s football’s quarterback to have reached 100 career victories, she deepens her legacy with every game she plays. This is Cahill’s tenth consecutive all-star selection. 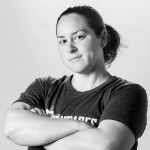 Whether she stuffs the run or rushes the passer, being among the team leaders in tackles for loss indicates Diette‘s ability to disrupt opposing offenses. This is her third all-star selection in her nine-year career. 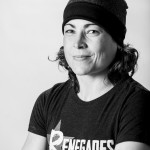 Also a member of the 2017 U.S. Women’s National Football Team, this is the seventh all-star selection for the veteran player who has helped pave the way for women’s football in Boston over the last 16 years. Eddy is among the team leaders in total tackles, solo tackles, and turnover recoveries. 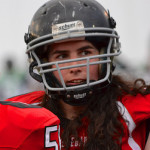 New to the Renegades this season, Genereux brings veteran experience. She is among the team leaders in total tackles, solo tackles, and tackles for loss as well as sacks and interceptions. This is her first All-American selection. 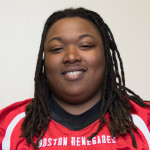 Also a member of the 2017 U.S. Women’s National Football Team, Jeffers‘ rugged play and domineering attitude have made her a six-time all star in her nine-year career. 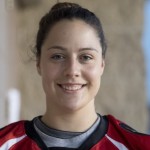 “Penta Power” is the name given to the hallmark determination of this five-time all star. A relentless competitor on the field, Penta is among the team leaders in total tackles, tackles for loss, sacks, and interceptions. 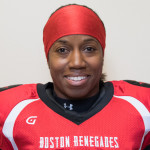 Also a two-time gold medalist for Team USA, Smith proves her mettle year in and year out. She is a team leader in receptions and receiving yards. A threat to score from anywhere on the field, this is Smith’s eighth all-star selection. 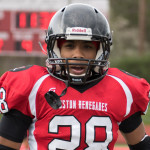 Tiamfook has been a constant force for the Renegades offense since 2010. She has amassed 10 touchdowns so far this season, and over 500 all-purpose yards. This is her first All-American selection. 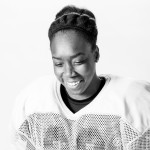 Zelee is steadily returning to national prominence, leading the team in carries and yards. She has averaged 141 yards per game in her five regular season games this season, and rushed for 237 yards and four touchdowns in the conference championship. This is Zelee’s third All-American selection.

The title All-American is used by the WFA to represent the best players at all positions from all teams in the league. The selections are determined by statistical criteria and a poll of head coaches from the league’s 65 teams.