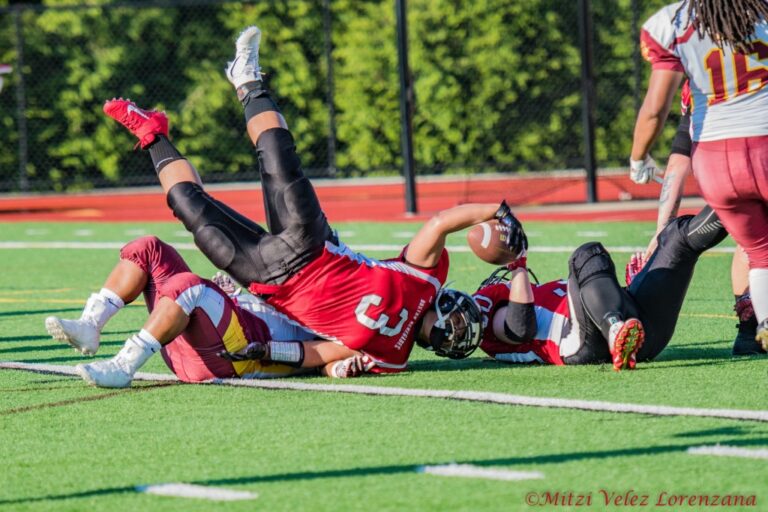 Stephanie Pascual, a Lawrence native who lives in Dorchester and is the starting wide receiver, is co-captain of the team. She excelled in field hockey at Proctor Academy and was named to the all-conference field hockey team her senior year. On the football field, Pascual became a force to reckon with in only her second season, leading Boston in receiving touchdowns (6). In 2019, her third season, Pascual was named team captain; she collected 8 touchdowns (3rd in league) and lead the team with 450 receiving yards (4th in league).

Organized in 2015, under the leadership of former players like owner and operator Molly Goodwin, the Renegades have proven to Boston that they have staying power.

The team is made up of athletes ranging from high school basketball stars to Crossfit athletes to softball and tennis players and more. Off the field, these players are educators, entrepreneurs, athletic trainers at local universities, public safety officers, business owners, and college students.

Head coach and offensive coordinator John Johnson led the Revere-based team to an undefeated season. He also took the 2018 Renegades to their first national championship title.

The season started in April in Tampa Bay and ended on July 13 when the Renegades journeyed to Golden, Colorado, and dominated the California War team, 52-24. Most of the Renegades wins this year were by lopsided scores; the only opponent that came close were the Washington D.C. Divas, who lost by 5 points.