John Johnson joins the team with extensive experience having coached football at the high school and semi-pro levels for over 15 years. Johnson is a former Defensive Coordinator and Head Coach of the New England Intensity (2010-2013), and has six years of experience working with women’s semi-pro teams. He also held the positions of Defensive Coordinator and Offensive Coordinator with the Boston Bandits men’s semi-professional football team, of which he was a member for nine years, winning four New England Football League (NEFL) Championships during his tenure. Johnson currently coaches at Framingham (Mass.) High School as a Varsity Assistant Coach.

Vernon Crawford is a former linebacker and special teams player for the New England Patriots. After attending Florida State where he was a standout on special teams, Crawford was drafted by the Patriots in 1997. He was named to the NFL All Rookie Special Teams Honorable Mention list that season. Vernon spent three seasons with New England and finished his playing career as a member of the Green Bay Packers. He resides in Attleboro, Mass., with his wife Tuere Crawford and their 3 kids. Since retiring as a player, Vern has amassed extensive experience coaching all phases of the game at the high school and college levels. He also was defensive coordinator for the Boston Militia (2008-2014).

Cliff Ashley - Special Teams Coordinator
Coach Ashley joined the Renegades for their inaugural 2015 season as the team’s kicking coach before being promoted to the position of Special Teams Coordinator at the start of the 2016 season. Prior to the Renegades, he began his career in women’s football as the athletic trainer and kicking coach for the New England Intensity for eight seasons, accompanying them through seven trips to the playoffs and a national championship berth in 2012. He was the first staff member and the first male to be selected to that team’s Hall of Fame. A collegiate soccer and lacrosse player, he earned a degree in athletic training and has been working with athletes ever since. Cliff has worked in minor-league baseball for the Marlins, in minor-league hockey for the Bruins, and for the US Women’s Rugby team. He was Head Athletic Trainer at Berkshire School (Sheffield, Mass.), and taught in the Athletic Training Program at Northeastern University while pursuing his graduate studies in exercise physiology.
Jim Callahan - Assistant Coach

In his first season with the Renegades, Coach Chau brings 20 years of experience coaching high school and semiprofessional teams. At the high school level, Rasi has coached in several capacities at St. Mary’s (Lynn, Mass.) from 2002-2007, Trinity Catholic (Newton, Mass.) in 2007, Pope John (Everett, Mass.) in 2008, and Lynn Tech in 2010. At the semipro level, Rasi has been the head coach of the New Hampshire Beavers (NEFL) since 2014. He was the defensive coordinator of the North Shore Generals from 2011-2013, helping them reach the NEFL championship in 2012. He also coached defense with the Somerville Rampage and MDX Warlords, both of the NEFL. Additionally, Rasi coached defense for the Boston Freedom Fighters of the National Spring Football League. As a player, Rasi excelled at Lynn Classical High School and was a running back and defensive back at UMASS Boston. He also played in the semipro ranks as a linebacker with the MDX Warlords.

Jennifer “Coco” Edwards played offensive line and defensive line with the New England Intensity (2006-2013), finishing her career with the Boston Militia (2014). She began her football coaching career in 2015 with the Renegades as an assistant coach. Off the field, she is a fitness instructor and manager at Partners Healthcare. She graduated from University of Massachusetts at Amherst majoring in legal studies. A proud Dallas Cowboys fan, Coach Edwards also plays flag football and basketball for fun.

Coach Goodwin played middle linebacker for the Massachusetts Mutiny (2006-2007), the Boston Militia (2008-2013), and the first US Women’s National Football Team (2010). She attended the University of California at Berkeley, where she played on the women’s soccer and ultimate teams. After college, Goodwin continued playing ultimate for eleven years, going on to win a total of 11 Ultimate Frisbee National and three World Championships. She is a member of the Ultimate Hall of Fame. Goodwin grew up in Denver, Colorado, as an avid football fan with a particular fondness for middle linebacker Tom Jackson and the Denver Broncos. She is also the Chief Financial Officer for the Boston Women’s Football organization. This is her second year coaching the Renegades. She is the proud aunt to 6 nieces and 3 nephews.

Alan Lockhart is a veteran coach of both men’s and women’s football. His prior coaching experience includes two seasons with the New England Intensity, three seasons with the New England Storm, and thirteen with the Randolph Oilers, a men’s team in the Eastern Football League. Lockhart played for the Oilers himself until an injury cut his playing career short, after which he turned to coaching to stay involved with the game he loves. Coach Lockhart first joined the Renegades’ coaching staff in 2015.

Patrick Pass is a former fullback for the New England Patriots and a three-time NFL Super Bowl champion. After being drafted by the Florida Marlins in 1996, Pass played both baseball and football at the University of Georgia. He played running back, quarterback, receiver, and kick returner for the Georgia Bulldogs football team. Drafted as a running back by the New England Patriots in 2000, Pass remained a versatile player contributing on special teams and several positions on offense. He retired as a player in 2009. More recently, Patrick was the head coach of the Boston Freedom Fighters, a men’s development team in the National Spring Football League (NSFL). He joined the Renegades coaching staff during the 2015 season.

LD is a former football player for the Boston Militia and the Connecticut Crush. She is an awesome person. 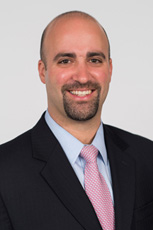 Dr. Nascimento is well known in the Boston athletics community. In addition to being the Renegades’ team doctor, he is currently the Assistant Chief of Sports Medicine at Newton-Wellesley Hospital and team physician for Boston College Athletics. Previously, he was the Head Team Physician for the Boston Cannons professional lacrosse team and the Boston Breakers professional soccer team.

Benjamin Brown is an NSCA Certified Strength and Conditioning Specialist (currently re-certified with distinction) and is a USA Track and Field and USA Weightlifting Coach. He is also the Renegades’ General Manager. In 2014, he served as the strength and conditioning coach for the Boston Militia and the Boston Bandits, a men’s semi-pro football team. Both teams were highly successful: the Bandits went 8-2, advancing to their conference finals, and the Boston Militia were undefeated, earning a national championship title. Previous to that, Brown was the GM and Strength and Conditioning Coach for the New England Intensity (2005-2013), helping them improve from a 1-9 record to playing in three consecutive conference championship games from 2011 to 2013. A Georgia Tech graduate and current Marine Captain who served in Iraq, Brown lives in Dedham, Mass., and enjoys spending time with those close to him, shooting, golfing, skiing, and making obscure song and movie references. This is his second season with the Renegades.

Burtoft is a ground breaker for Boston women’s football, having played offensive line for the region’s very first women’s tackle football team, the New England Storm, in 2000. She later anchored the offensive line for the Massachusetts Mutiny (2001-2007), and finished her playing career as a member of the Boston Militia (2008). Before bringing her massage expertise to the team, Susan was an assistant coach for the Renegades in 2015. She studied massage therapy at Spa Tech Institute School of Massage, Polarity, Aesthetics & Cosmetology.