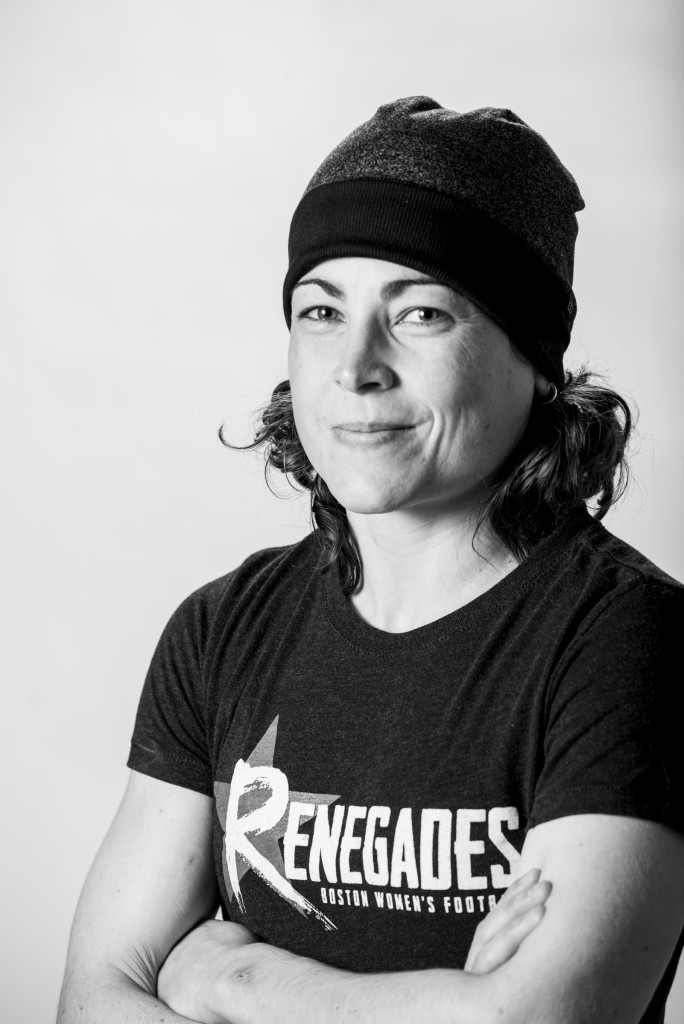 Coach Eddy played 18 seasons with the Connecticut Crush, Mass Mutiny, Boston Militia, and Boston Renegades. As a player, she served as a team captain and filled a variety of roles on defense and special teams, and was named 1st Team All-American in several seasons. Internationally, Eddy was a member of the 2013 and 2017 Team USA gold medal teams and was selected as All-World Linebacker in the 2013 IFAF Women’s World Championship. Off the field, she is a Software Development Manager on the Research & Advanced Development Team at Amazon Robotics and holds a Master’s of Science in Mathematics from Worcester Polytechnic Institute. She joined the Boston Renegades coaching staff in 2019.