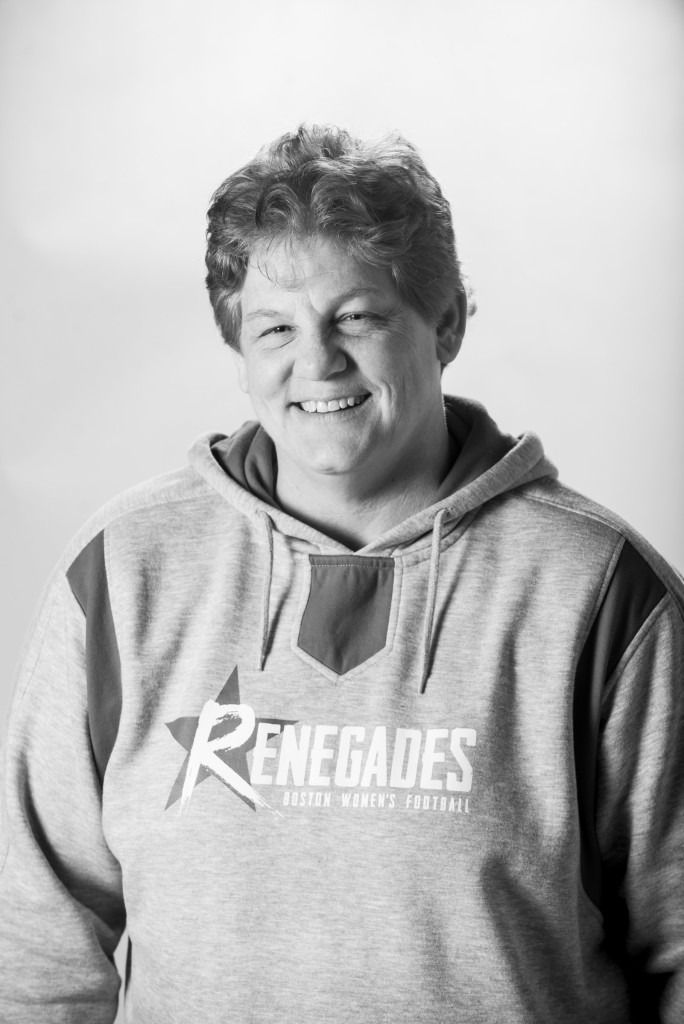 Burtoft is a ground breaker for Boston women’s football, having played offensive line for the region’s very first women’s tackle football team, the New England Storm, in 2000. She later anchored the offensive line for the Massachusetts Mutiny (2001-2007), and finished her playing career in 2008 as a member of the Boston Militia.