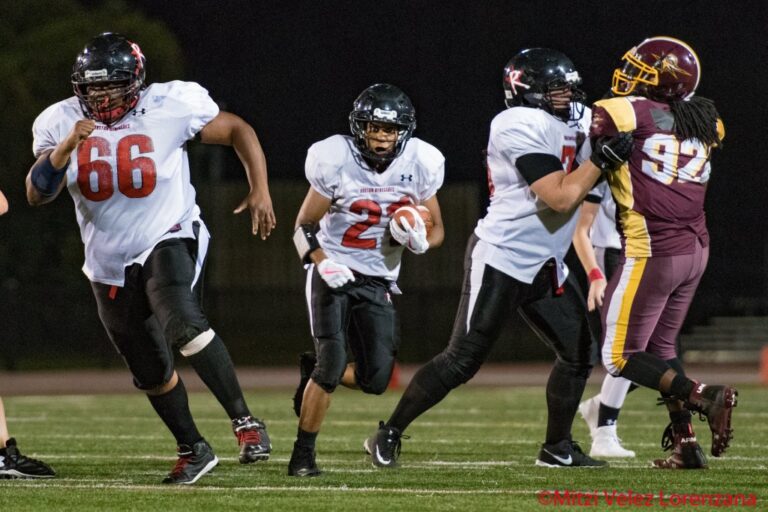 July 26, 2018 — In the city of champions, the Boston Renegades women’s football team has lived this season by one simple word: “Finish”

As the team prepares to face the Los Angeles Warriors in the Women’s Football Alliance National Championship on Saturday in Atlanta, a bitter memory of last season’s loss to the Dallas Elite, 31-21, in the championship, has the Renegades fixated on finishing what they started.

“Our mentality has been all about redemption,” Renegades running back/linebacker Chanté Bonds said.

“I feel like we have approached every game this year remembering the way we felt after the championship game last year.”

“From the very first team meeting this year, the mind-set has been about finishing everything we start,” said coach John Johnson, who also coaches at Framingham High as a varsity assistant. “Everything we do we have to finish. We want to start a certain way, but it is really about how we finish everything because of the way we finished last year.”

The journey has come with bumps in the road. Losses during the regular season to Pittsburgh and D.C., however, did not stop the Renegades. Boston got the best of its rivals in the playoffs — defeating the Pittsburgh Passion, 63-26, and slipping by D.C., 34-32, with both games on the road.

“We learned and jelled together as a team, and were able to overcome some adversity,” Johnson said.

Bonds, a native of Brockton, added, “Losing those two games in the regular season helped us to build character. To lose early also allowed us to pay attention to the things that we needed to fine tune to be better as a team.”

Bonds was the WFA defensive player of the year in 2017 and was named the WFA player of the year this season. The former point guard at Bentley doesn’t necessarily have statistics that jump off the page, but her versatility in all aspects of the game have become focal for the Renegades.

She finished the regular season with 177 yards rushing and one touchdown at halfback and had 232 yards and one touchdown receiving. She had three pass deflections on defense — playing defensive back and linebacker.

“I don’t know where we would be without [Bonds]. She has been our Swiss Army Knife,” Johnson said. “She has been basically our team MVP, and coincidentally she ended up being the league MVP of this year.”

Los Angeles is making its first appearance in the championship. Players from the Central Cal War Angels, which folded in the offseason, has paid dividends for the Warriors. Running back Priscilla Gardner led the War Angels in rushing in 2017, and War Angels quarterback Chantel Niino-Wiggins, who led the league in passing yards and touchdowns in 2016, has made Los Angeles two-dimensional.

“For us, it is ignoring the outside noise. We treat every game like it is a championship night, so we are just approaching this just like it is another game. It’s the most important game because it is the next game.”