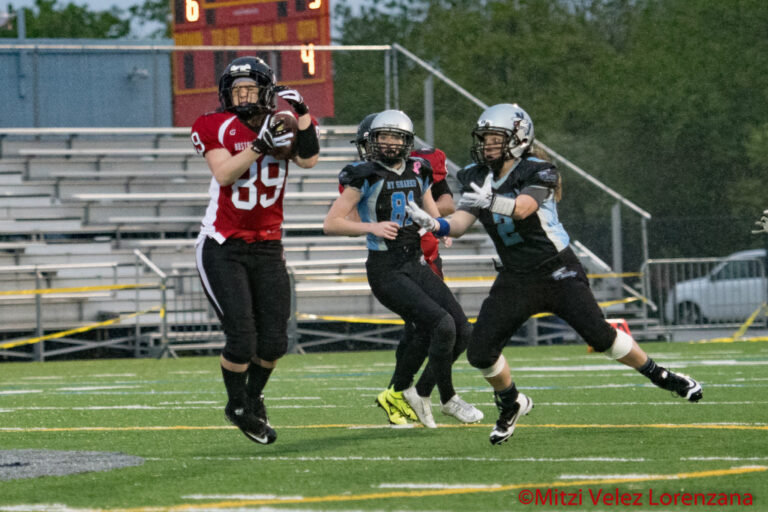 BROOKLYN — Running back Angelica Pascual #1 amassed 116 rushing yards and Boston’s defense dominated as the Renegades shut out the New York Sharks 21-0, in a game called in the third quarter due to lightning.

The Sharks’ turnovers and inability to move the ball on the ground gave a strong advantage to Boston’s offense, which outsnapped their opponents 61-35. On the first scoring drive of the night, mid way through the first quarter, Angelica Pascual ran with authority between the tackles, often slashing her way past defenders. She accounted for 43 yards on the drive, and capped with a 2-yard touchdown plunge.

In the third quarter, the Renegades put together another long drive and were threatening to score again when the officials paused for a lightning delay. The game was subsequently called due to safety concerns. The game is official, a 21-0 victory for the Renegades.

Boston (4-1) next faces the D.C. Divas (2-2) at Marvin F. Wilson Stadium at Prince George’s Athletic Complex in Landover, Md. The Renegades’ next home game will be June 2 against the Baltimore Nighthawks.