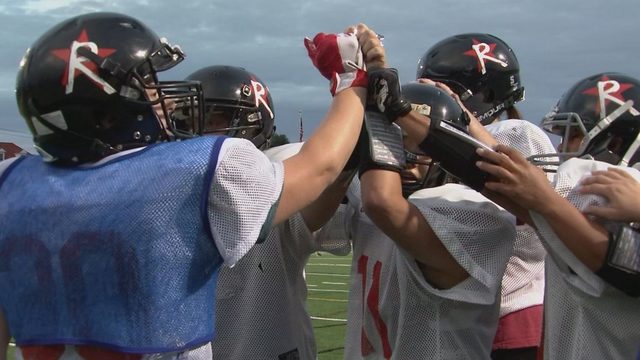 REVERE, Mass. — July 2, 2017 — The Boston Renegades are a women’s professional football team that plays in the Women’s Football Alliance (WFA). On July 8th, they’ll be taking on the Chicago Force in the National Conference Championship at Harry Della Russo Stadium in Revere, MA. The winner moves on to the Division 1 W Bowl National Championship at Highmark Stadium in Pittsburgh, Pennsylvania. Back on May 20, the Renegades (7-0) narrowly defeated the Force (6-1) by a score of 25-24.