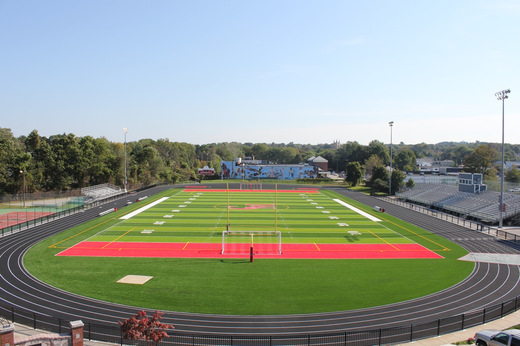 “Our partnership with the Renegades represents our desire to build bridges and relationships with outside groups who are both passionate and committed to excellence,” said Najarian. “We have a lot of respect for the entire Renegades organization; their love of the game and their desire to build a fun and family friendly atmosphere here at Catholic Memorial this spring is very exciting.”

Catholic Memorial will host the team’s home games at James R. O’Connor Stadium. Known colloquially as “the O.C.,” the stadium was dedicated in 2011 in honor of the school’s first varsity football coach. The Renegades will also be using the school’s athletic facilities for preseason training and regular practices.

ABOUT THE BOSTON RENEGADES: The Boston Renegades are a full contact, semi professional women’s football team, competing in the Women’s Football Alliance (WFA), the premier league for women’s football in the United States. For more information: bostonrenegadesfootball.com
ABOUT THE WOMEN’S FOOTBALL ALLIANCE: The Women’s Football Alliance (WFA) is a national football league for women headquartered in Visalia, Calif. The WFA has established itself as the premier league for women’s tackle football offering the highest level of competition in the world. For more information: wfafootball.net