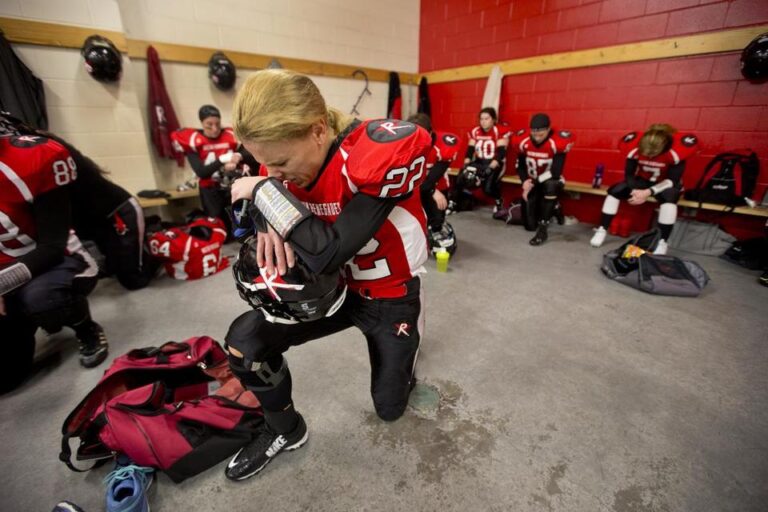 A behind-the-scenes look at a women’s football game

May 10, 2016 — Last Saturday, the Boston Renegades women’s football team played a game at Dilboy Stadium in Somerville. We took a behind-the-scenes look before kickoff, and recorded images as well as sounds from the locker room. See the journal on BostonGlobe.com

In the top photo, Jessica Cabrera, who plays offensive line and is a correction officer from Weymouth, got the troops fired up in the locker room with a pep talk. Then she explained what she was trying to do.

Susan Quimby, a police dispatcher, spent time praying in the locker room before the game. She explained what she thinks about during her pregame ritual.

The End Zone Militia is famous for firing its muskets after every New England Patriots score, but in the NFL offseason, the members keep their trigger fingers in shape. That included Saturday’s Renegades game. David Thompson, the shooter pictured in the foreground, talked about what it’s like making sparks in the end zone.